100% clean comedy entertainment that breaks the ice, grabs the audience's attention, and brings people together for a successful event. This show will delight audiences of all ages and make any event fun and memorable. 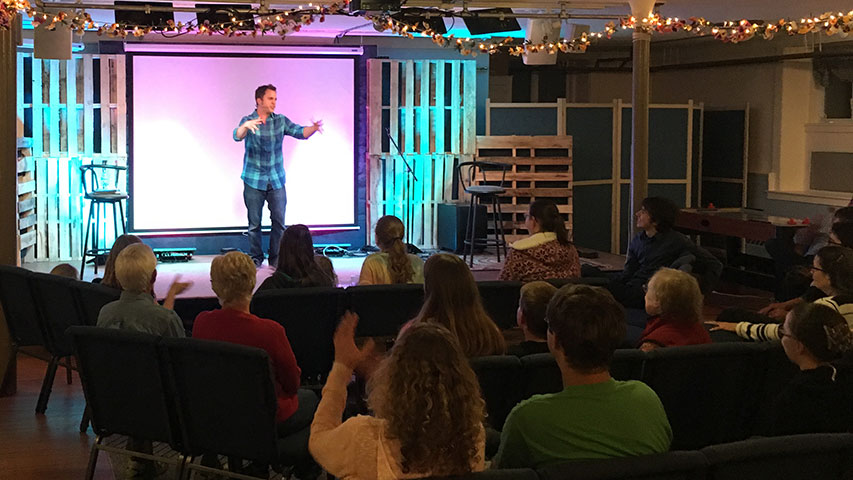 "Lyndy did great! The folks responded to him well. His interaction with the group before his performance caused them all to feel they knew."

"John Felts has to be one of the most personable and talented people we've hosted in 3+ years of weekly coffee house events and concerts. The extra mile he went to get to know us before he arrived resulted in roaring laughter from the first moments he took the stage. As a public speaker & pastor I was repeatedly astounded at how well John spun even the most unexpected opportunities into howling laughter. Most of us were too busy trying to breathe to wipe away the tears! (in a good way that is, lol) We needed a good laugh and John gave us so much more than that - this was just epic. In fact, I suspect several of the children in the front row have felt a call to become professional comedians themselves… We're still praying about that, and looking forward to his next visit. He is much more than a laughter-craftsman. John is a genuinely a good man."

A few of the towns these nationally-touring Christian Comedians have performed in include: Chester, Jay, Lyndonville, Stowe, VT and others.