A versatile ventriloquist comedian and entertainer, Steve has the unique ability to script his shows to include audience participation. Steve and his “friends” perform nationwide for events just like yours.More About Steve Brogan

100% Clean musical comedian and impressions. His hilarious observations and musical impressions have been seen on Showtime, at The Improv, and at thousands of events throughout the U.S. and overseas.More About Paul Aldrich 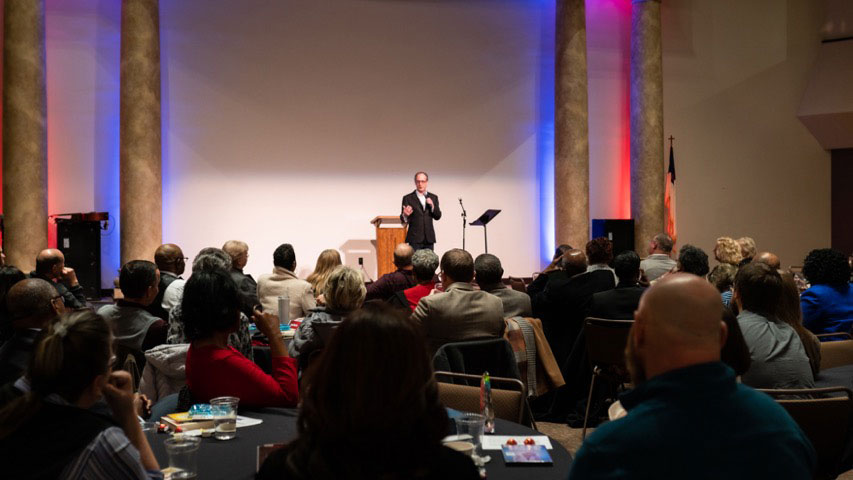 "Rik Roberts was a big hit at our appreciation banquet! He had the audience laughing the entire time. I have received lots of positive feedback from attendees who thought he was our best entertainer to date. I highly recommend Rik for any event where you want to laugh!"

"Leslie Norris Townsend was professional, easy to work with, and most of all hilarious! She brought tons of energy and fun to our girls night out at Grace Community Chapel."

"David Ferrell was exactly where he needed to be when he need to be there and came very informed of the audience that he would have. He was very sensitive to avoid any controversial topics, related well and with quick wit to audience comments and went above and beyond in making our guests comfortable while reminding them what our gathering was all about. It was a great night of celebration and he was the perfect entertainer! I have heard nothing but good things from his performance, words like quick, witty, hilarious, kind and humble have been used to describe him. He obviously left a very good impression on those in attendance."

"David Ferrell exceeded our expectations! He did an awesome job – exactly what we needed."

"David Ferrell's performance was a hit with everyone that attended our event and everyone had nothing but good things to say about him. He gave everyone a fun, clean, enjoyable evening. Everyone really enjoyed his performance and was laughing about his routine long after it was over. It was a pleasure meeting David and he helped to make our event one that people will long remember."

"Our events this weekend went very well. David did a great job interacting with the audience and getting audience participation. His impersonations were excellent. I heard from several people that they thought he was one of the funniest entertainers they have seen. I really appreciate this kind of feedback as it helps the reputation of our events. I would highly recommend David Ferrell! He did great with both a large and small crowd (I know smaller crowds are more difficult for entertainers but he didn't miss a beat)."

"I have heard good things regarding the performance by Leslie Norris Townsend. She related well to the ladies, and I saw her posing for photos and hugs with many of the women. She was able to engage several of the women in her performance, and that also helped to make a connection with the audience. The ladies seemed to really enjoy the presentation, and it fit well into the program for the evening. One of our units has inquired about having her for a event in the future."